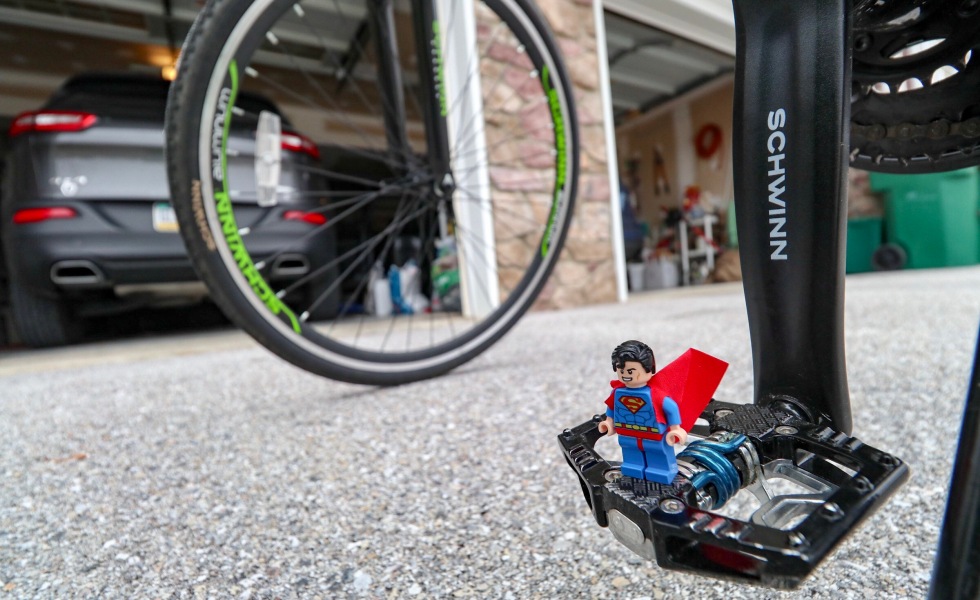 When I first moved to Pennsylvania, I was a big fan of Star Wars. The prequels were in their apogee, and I was all about the complicated wisdom of things like fear leading into suffering. That all changed in 2001 when the WB (now The CW) started airing Smallville, a series about the teenage years of one Clark Kent. It was then that I revisited my love of all things Superman. 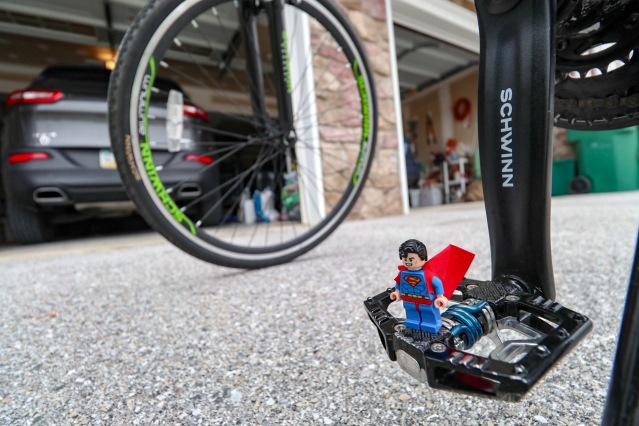 While I was in Puerto Rico, I decided to start watching Smallville again on Hulu.com. I wanted to see if it still held up in mind as a good, fun, campy, don’t-take-it-too-seriously television series that sort of mirrored my own experiences in growing up. Like Clark, I was always the awkward kid chasing after the girl with the big eyes while trying to help friends and strangers along the way. (I also got the series on DVD so I could save it for future generations… If they have DVD players in the future.)

Sure enough, the show still holds up in my mind. It’s still fun to me, and I still identify with Clark. Albeit, now I’m a lot older and I’ve sort of tuned into my “superpowers.” I’m still awkward, though, especially around The Girl. (Yes, The Girl has known me for over ten years and been married to me for six, but I’m still awkward around her. She still gets me all sorts of worked up.)

So here’s a review of the first season of Smallville, based on what I’ve been watching over the last two months…

The first season of this show begins simple enough. Clark Kent is growing up on a farm in Smallville, Kansas, after being adopted by Martha and Jonathan Kent. Clark was adopted after being found on the side of a road after a meteor shower strikes Smallville. The meteor shower hid Clark’s spaceship as it landed. The spaceship is now in the Kent’s barn basement.

As it happens, the meteor shower killed Lana Lang’s parents, something for which Clark seems to blame himself. He cares a lot about Lana because, well, Lana Lang looks like this, and it appears that even Kryptonian boys care about the cute girls. The not-so-cute girls, like Chloe Sullivan, who looks like this and is still very cute, are relegated to being a sidekick or a villain. Clark has no other female friends.

The character of Pete Ross, who is white in the comics, is played by a Black actor, one of the first deviations from the comics that we will see throughout the season. Funny, no one said anything about this casting choice back then. We didn’t have the Alt-Right (aka white supremacists) all up in arms about “political correctness.”

The other character that we’re introduced to is Lex Luthor. If you know your Superman lore, you’ll know that Lex Luthor becomes one of Superman’s greatest villains. For the beginning of the series, however, we’re told how Lex drives his car off a bridge — hitting Clark in the process — and how Clark saving Lex leads to a friendship between the two. (Lex is about 10 years older than Clark, so it’s a weird friendship where a grown man who is a titan of industry befriends a teenage boy.)

Like other shows have done, Smallville was a stepping stone for many actors and actresses moving into the business. There were also some seasoned actors joining the series in guest roles, and other actors would join the Superman mythos on screen later on… Like Amy Adams (“Lois Lane” in Man of Steel and Batman v Superman: Dawn of Justice) being the “freak of the week” in an episode, and Joe Morton (“Dr. Silas Stone” in the upcoming Justice League movies) as Dr. Steven Hamilton, a researcher looking into the powers that “meteor rocks” (Kryptonite) give the people they come in contact with.

As I’m watching this, I started to wonder about why Clark did some things over others. For example, he takes the bus to school although he is always running late, misses it, and ends up running at super speed to Smallville High. (Superspeed and super strength are the two main powers Clark has at this point in the series.) Instead of taking people out of harm’s way, he protects them with his body from explosions and such. When people are not looking, he takes off at superspeed, but we don’t see anyone reporting some blur of some sort going around and changing things. (“The Blur” will become more important later in the series.)

The other thing that is very inconsistent is Clark’s reaction to Kryptonite. Later in the first season, it gives him a really bad reaction, almost killing him. In the first episode, jocks hang a piece of it around Clark’s neck and leave him out in a corn field for apparently hours before Lex saves Clark. Also, it appears that Kryptonite is everywhere around Smallville, but Clark goes to and fro (sometimes at superspeed) seemingly unharmed.

Meteor rocks are also a vehicle by which most of the weekly villains are given their powers. The high school coach takes a sauna bath with meteor rocks heating the water, thus giving him pyrokinetic powers, as meteor rocks do. The same villains seem always find out that Clark has superpowers, so they need to be dealt with some way. However, Clark doesn’t kill people. So the writers figured out that the villains either kill themselves through their own actions, or they’re shipped away to some insane asylum… Or they get killed by the cops.

As for the love stories, the tension is always centered around Clark’s longing for Lana while Chloe has always longed for Clark. In fact, this whole thing comes to a head at the end of the first season. That is not to say that other young ladies don’t catch Clark’s eye, or that they are not attracted to him. After all, the dude’s Superman. He’s the perfect specimen of a man (misaligned teeth be damned). However, the writers do a good job of not laying it on too heavy. There’s some stuff here and there, but it’s not too bad. They held off on it until later seasons.

The main story arc is Lex’s fascination with Clark as Lex tries to figure out if Clark has some sort of superpower. (Events like Clark losing his powers by some freak accident help easy Lex’s curiosity.) We get hints of Lex having a darkness in him, but the show keeps an overall sunny disposition to it. No major characters die, and everything goes back to almost status quo at the end of each episode. This will also change in later seasons.

Again, overall, the series is fun to watch if you like the Superman mythos. It’s fun to catch all the inside jokes and the riffs on the comics. (Lana asks Clark, “So what are you? A man or a super man?” And when someone asks Clark what he’ll be when he grows up, he replies, “I’m not sure, as long as it doesn’t involve putting on a suit and doing a lot of flying.”) And, if you play close attention, Clark is almost always wearing primary colors.

I hope I get time to watch season two over the next few weeks/months and re-discover those episodes that kept me entertained in 2002, after September 11 had happened and as I was feeling alone in that little town in central PA. By the time the series ended in 2011, I was to be married, moved into a nice home (instead of the shoebox apartment), and working as an epidemiologist. Clark Kent would become a reporter and then adopt the mantle of Superman. I would go from one failed relationship to another, eventually finding The Girl. Clark Kent would go from obsessing about Lana to finding and staying with Lois Lane.

This is the kind of re-living of memories that I can get used to.

Speaking of great stories that have a beginning…

Out of time again. Next time?

← Take Your Demons Out for a Walk Once in Awhile
How Do You Know Better? →