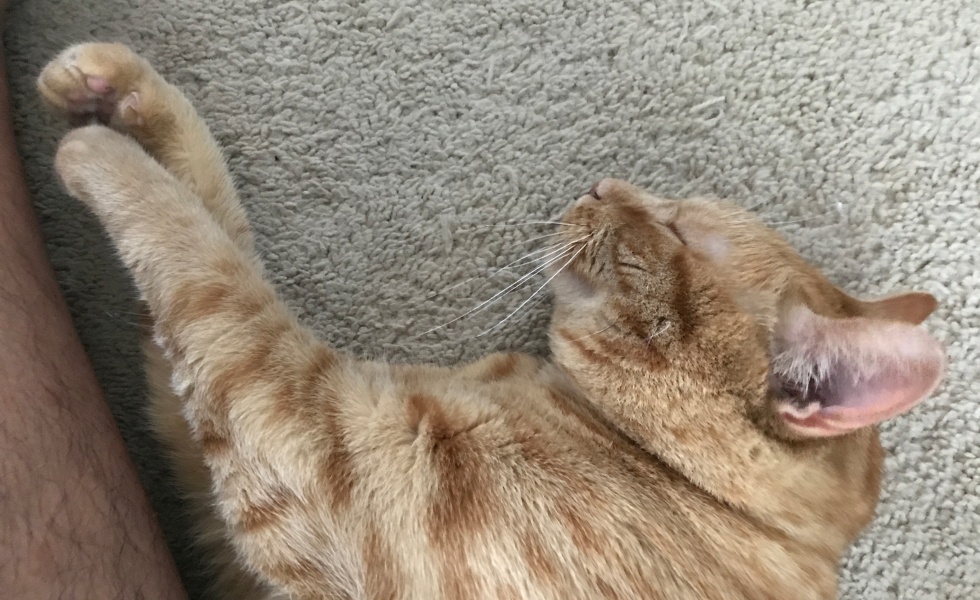 Everybody who knows anything about raising a child from birth warned me about the lack of sleep. They were not joking when they said that sleep would become a big commodity in our lives. In fact, my wife and I kind of dreaded what was to come from the very first night we spent with our baby. As a newborn, she was being bombarded by new sights and smells and sounds. I don’t blame her for being so grumpy and crying that whole night.

But then came the first few nights, and we got into a rhythm. In the past few weeks, I can count in one hand the “bad” nights and days that the little one has had. Just a couple of days ago, a bad bout of air in the belly made her super fussy, and it kept her crying and uncomfortable for hours. My wife and I did everything we could to make her comfortable, but the gas had to pass on its own. And it did.

Other nights, the baby is fussy because it fell asleep eating earlier in the day, or because she slept too much during the day and now wanted to interact with us at night. Then there are the nights where we are so used to being up that we’re up even when she is asleep. Sleep has been segmented and incomplete for a while.

So we need to be careful that we think hard and think three or four times about what we’re doing or are about to do. We agree that we each get at least six hours of continuous sleep before a long drive. I think twice about answers to difficult questions, or when interacting with difficult personalities at school or out and about. Lack of sleep will make you grumpy, and taking it out on the wrong people will make you a jerk.

I wish that I had some foolproof strategies to give to new parents on how to sleep better. Unfortunately, I don’t. My brain still wakes me up to check on the little one even when I know that she is in a safe sleeping environment (on her back, no bulky covers, no pillows, firm mattress, no edges to slip into and suffocate). It’s hardwired into my brain to continuously scan for her. And that reflex is even stronger in my wife. That motherly instinct makes her jump out of bed and run to the baby’s side if there is even a hint of a cough or a gurgle.

The best advice is that this too shall pass. The baby will learn that light hours are for doing things like belly playing time, talking (cooing) with the parents, or watching birds outside the window. They will learn that night is for sleeping, or the occasional feeding or diaper change. Soon enough, they will settle into that pattern, and sleep will come back again.

Until then, coffee is my best friend, naps are a godsend, and six hours of sleep are something I’m willing to pay top dollar for.

← The Most Important of All Rights
The Parent Ren, Part IV: The Big Bad World Out There →

3 Comments on “The Parent Ren, Part III: Sleep? What Sleep?”