The True Size of the Ebola Epidemic in West Africa

One of the best skills I learned from my dad is how to read a map. I can hold it every which way and understand the layout of landmarks in it. When I drove from Texas up to Pennsylvania, before the advent of smartphones and consumer GPS units, I bought a road atlas from Walmart and used it to guide my way. I would use it again to go back and visit my relatives. Even now with Google Maps, I still can grab a map and a compass and get myself out of a jam… Or out of an adventure race.

That early interest in maps that dad instilled in me also got me interested in general cartography. I still remember reading all about the different map projections and how they distort the true size and shape of things because you’re trying to project a three-dimensional sphere onto a two-dimensional rectangle. But it wouldn’t be until a website showing the “true size” of countries compared to each other that I really, really understood how a person’s view of the world could be distorted.

In the Mercator Projection, which is the projection most commonly used by consumers to look at the world on screens and world maps, the countries near the equator look smaller than they actually are. The countries farthest away from the equator look much bigger than they actually are. (Some say that this projection is okay with world powers because it shows them as big in land area compared to developing nations in Africa and Latin America.)

You have to keep this in mind when you are told the story of the Ebola Epidemic of 2014-2016 that occurred in West Africa.

The epidemic started in 2014 in Guinea, with cases popping up in neighboring Sierra Leone and Liberia. By the time it was all over, over 11,000 people were dead, close to 30,000 had been infected. From news reports and from friends and colleagues who were there, the affected towns and cities were severely affected to the point that many basic services shut down and bodies were dumped in public places. Basically, it was the worst imaginable scenario for an epidemic.

While there was plenty of panic in the United States, particularly from political talking heads calling for quarantines and travel bans, a lot of people seemed to not worry much about Guinea, Sierra Leone and Liberia. After all, those countries were “over there,” and they were tiny. That kind of mindset also affected the response. There was no sense of urgency from the same panicked politicians to get as many people and supplies as possible over to West Africa to combat the epidemic. (Cooler heads prevailed when it came to quarantines and travel bans, by the way.)

However, when you use the “True Size” site to see the true size of those three countries overlaid on the United States, and when you see the population estimates for those same countries, you kind of get a shiver down your spine… Especially if you’re and epidemiologist like me.

Click on the following images to see the three countries in question compared to different places in the western United States. 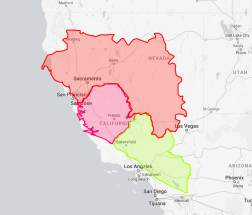 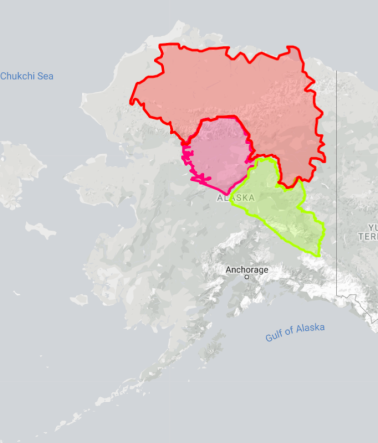 They’re huge, right? But you wouldn’t know it from the Mercator Projection…

Africa is a huge continent, actually. You could put all of the US, China, and even India inside of it and still have room left over for several European countries.

Now imagine being in the position of having to respond to an epidemic of an incredibly deadly virus that kills you by liquefying you from the inside out. Imagine that the outbreak is happening over that size of a land area. And then imagine that you have to safeguard that many lives.

Daunting, right? (Or exciting, if you’re like me. I’m a weirdo.)

Yet Congress budgeted only $1.7 billion to the response, with only $603 million dedicated to international response activities. By comparison, the Defense Department budget request for next fiscal year is $639 billion. Since we love us some strong military , the budget request is probably going to be approved. (And, to be perfectly honest, some of that money is probably going to go to a military response to the next big epidemic.) Just to make it a little more “exciting,” the current administration is proposing a budget cut of about 80% to the overseas response operations from CDC.

If Ebola — or something nastier — rises again in a place that’s not the US, they’re on their own. And then we’re on our own when that nasty thing gets on a plane or a ship and heads over here. Because you’re a fool if you think our borders and the police forces guarding it will be able to stop it.

In many ways, the Ebola epidemic in West Africa was much bigger than many people in the United States could fathom or even understand. It took place over a large land mass and it affected millions of people. Something similar here is the stuff of horror novels and movies, not something we think can actually happen. But it can, and that is the biggest lesson from that epidemic. The response was slow, underfunded, understaffed, and left us in the public health community with a lot of questions.

Now, we could have learned a lot from what happened in West Africa, and we were very lucky that the virus was contained. But get just a few more people traveling north to Europe or east to the rest of Africa, and we could have seen the horror that was seen there happen right here. And then what?

← Novels You Should Read or Listen to: “Ill Will” by Dan Chaon
The “Militarization” of the Johns Hopkins University Campus →