The sad story of Mr. Greene 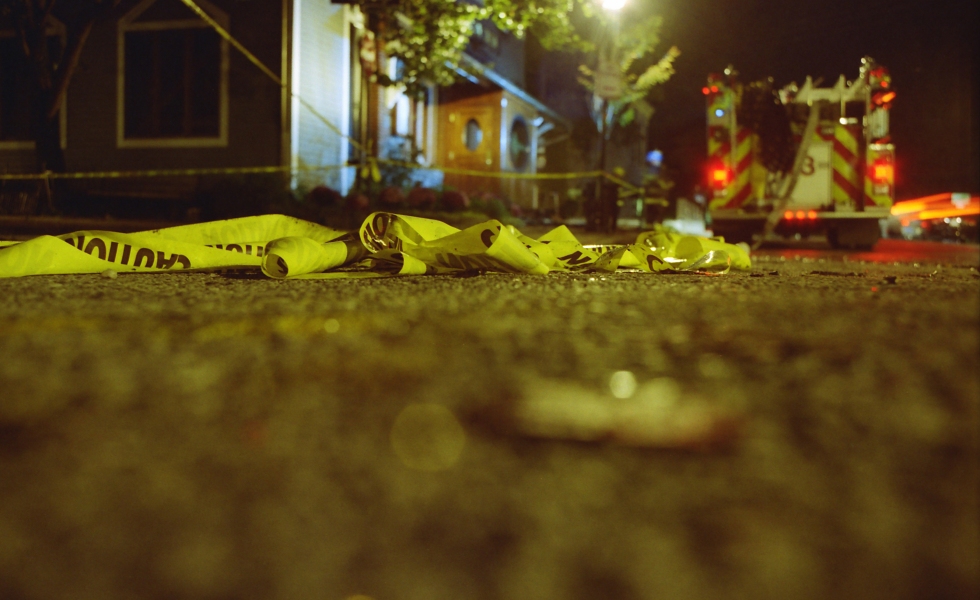 Back in 2016, Robert Ponsi was bicycling through a neighborhood in Baltimore when he was suddenly attacked by a group of teenagers. From WBAL:

“Robert Ponsi was found with multiple stab wounds at Venable Avenue and Old York Road around 9:10 p.m., police said. He was pronounced dead at 3:51 a.m. at Johns Hopkins Hospital.

Homicide detectives said someone was attempting to rob Ponsi when he was stabbed.

The investigation is ongoing, and homicide detectives said others may be linked to the stabbing.”

Indeed, others were charged in the murder. One of those charged was Prince Greene, a 15 year-old young man who was the son of a neighborhood activist. From The Baltimore Sun:

“When she heard the news of another violent death in her Waverly community, neighborhood activist Thomascine Greene promised to attend a vigil for the victim and pray for his family.

Later that night, detectives came to her home and arrested her 15-year-old son for his alleged involvement in the murder.

Prince Greene is the third teenager charged as an adult with attacking Robert Ponsi as he bicycled through Waverly on Saturday night on his way home from his job as a server at a Harbor East restaurant.

“It’s not hard for me to wrap my head around it, because he’s a kid in the community,” the mother said in an interview. “It’s hard to wrap my heart around it.”

A light snow began to fall as more than 100 people came together Tuesday night — Ponsi’s 30th birthday — at the corner where he was attacked.”

Can you imagine being that woman? By many accounts, she did her best to raise that child. More from The Baltimore Sun:

“Prince Greene is well known in area debate circles as a standout member of the City College High School team. At age 12, he wrote a winning proposal for a small grant to fund a program for youths in his area.

“He showed a tremendous amount of leadership. He even had a business card,” said Julie Reeder, executive director of Youth as Resources, which provided the grant. She said she talked to him about joining her youth board of directors.

As a sixth-grader at Loyola Blakefield, Greene acted on a local television show called “School Court.” He played a lawyer and told The Sun at the time: “I want to be district attorney one day, so this is good practice.”

Thomascine Greene, who has long been active in her community, said Tuesday she has been demanding more resources for youths — as recently as last week’s Waverly Improvement Association meeting.”

According to police, it was Prince Greene who stabbed Robert Ponsi while the other youths worked on getting Mr. Ponsi’s wallet and bicycle. Mr. Greene was charged as an adult, but a judge sent his case back to juvenile court. The two older teens were eventually convicted of robbery and first-degree assault, but cleared of the murder charge. Again, from The Baltimore Sun:

“Two teens charged as adults in the fatal attack on a cyclist in North Baltimore were convicted by a judge Monday of robbery and first-degree assault but acquitted of murder charges.

Baltimore Circuit Judge Stephen J. Sfekas, who presided over the bench trial, said it was “clear” that Antwan Eldridge, 18, and Daquan Middleton, 17, did not participate in a premeditated murder of 29-year-old Robert Ponsi.

A co-defendant — a teenager who, by a matter of months, was young enough to have his case waived to juvenile court — was alone responsible for Ponsi’s killing, the judge said.

“It’s clear [the juvenile defendant] was in a homicidal state of mind, and no one was expecting a knife was present or that a murder would take place,” Sfekas said.

In juvenile court, where the focus is on rehabilitation rather than punishment, youths held responsible for offenses are released by their 21st birthday. The Baltimore Sun does not identify suspects whose cases are handled in juvenile court, and those proceedings are sealed.”

Middleton and Eldridge were sentenced to 4 and 5 years of jail, respectively, with 5 years each on probation after that. As for Mr. Greene… Well, that’s another story. See, Mr. Greene was tried as a juvenile, and he was out on the street not too long after that. Because the records are sealed, we probably won’t know any time soon what happened in court. But what matters is that he got out and is now back in trouble with police. More from The Baltimore Sun:

“Police say about six teenage boys beat a man last Wednesday afternoon at the Mondawmin Metro station in West Baltimore. The boys fled onto a Metro train. Officers tracked them on surveillance cameras and arrested them at the station on Cold Spring Lane.

Police say one of the boys, Prince Greene, ditched a black backpack on the train. Officers found a loaded handgun inside the backpack.

They charged the teenager with second-degree assault and illegal possession of a gun. He remains held without bail and is scheduled for a hearing May 10 in Baltimore District Court. His attorney did not reply to messages seeking comment.”

The mother of Robert Ponsi commented:

“Ponsi said she warned the court that the teenager would commit another crime.
“I saw a pattern and I didn’t believe it would be broken,” she said. “My frustration is with the inability of the juvenile justice system, in its current form, to appropriately address the issues with the most serious and violent of the juvenile offenders.””

Unfortunately, this is the sad reality for a juvenile justice system that seems to be failing in Baltimore City. There is not much in the way of rehabilitation and follow-up, and these children who commit violent crimes are sent back out into the environment that fostered their criminality. It’s not like they can be sent into an environment that is not violent, after all. Baltimore City is a violent place, but more could have been done to keep Mr. Greene away from the bad influences that led him to kill a man.

Unfortunately, in Baltimore City, this probably means jail time that sees Mr. Greene become better trained and mentored by criminals while in the prison system.

Only time will tell what happens next in Mr. Greene’s life. For his sake, and the sake of all the people who know him, I hope that he gets help to overcome his apparent violent tendencies and his apparent willingness to engage with groups of people who are violent. Because violence behaves like an infectious disease, and Mr. Greene seems to have been infected and infecting others.

2 Comments on “The sad story of Mr. Greene”