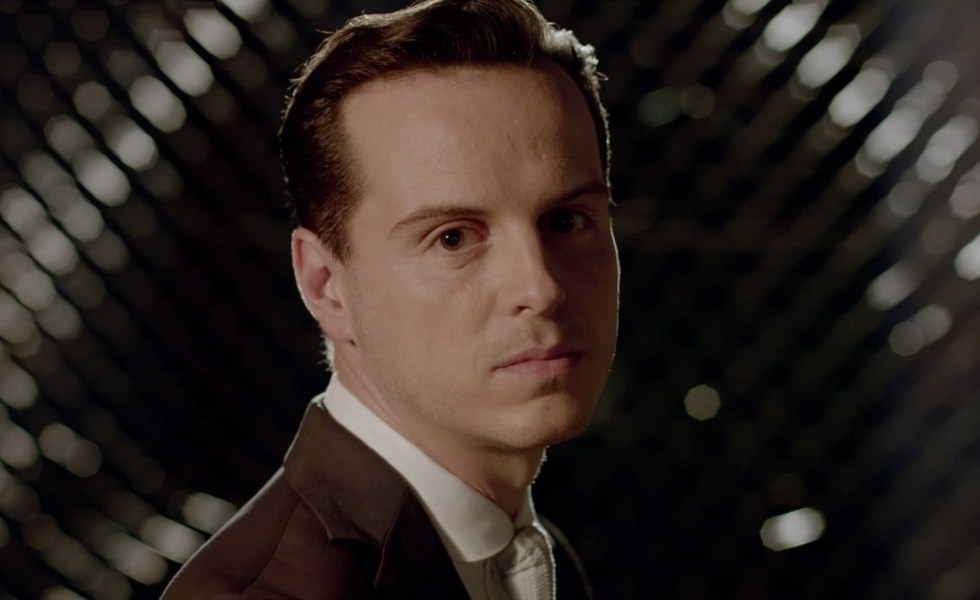 I’ve been in the presence of supervillains only a handful of times in my life. The latest was a few weeks ago when antivaxxers descended on a talk by a well-known pediatrician and vaccine developer. Their leader cannot be described in any other way than as being a supervillain. He’s good with words. He’s charming. And he certainly seems to want to watch the world burn.

Then there are the villains who seem to be really good guys (or gals) but have the worst of intentions for you and everyone around you. These people are the psychopaths who manage to hide their disdain for everything you stand for, and you don’t find out their true intentions until they start playing their endgame. Then you have to play your endgame… And, well, things get messy.

Unless you don’t make a move at all… But I digress.

I think that the best way to classify villains is to show you the best villain-hero interactions in cinema and television, according to me. First is what I think to be the best confrontation between a villain and a hero on screen. In this scene, after playing a long game of cat and mouse, Sherlock Holmes finally meets Professor Moriarty, who explains his plan to “burn” Sherlock:

“I would try to convince you, but… Everything I have to say has already crossed your mind.”
“Probably my answer’s crossed yours.”

That right there is some sort of poetry. Not only was this scene superb in terms of being a cliffhanger, it was also great in the way that it balanced humor with drama. You can’t help but think that Moriarty is absolutely out of his damned mind. (Spoiler alert: He is, and you find out why later on, in the fourth season.)

The next scene is one between Bond, James Bond, and a villain by the name of Raoul Silva. You’ll see that these two have a shared origin. While Silva became evil, Bond stays true to “Queen and Country.” Silva claims to have moved on beyond “England” and “The Empire” into an age of technological warfare while Bond still clings to old-time training and gadgets from Q.

While most 007 villains are known for their monologues, I think this one is by far the best. The villain actually touches Bond. He tries to form a bond beyond their shared history as spies for MI6. Bond, knowing that Silva aims to kill him, plays along with Silva’s statements, even after Silva shows Bond how much of a puppet Bond has been to MI6. “Queen and Country,” after all.

This next scene is interesting because, while it is a monologue delivered by a villain, it is not delivered to the hero of the story. Rather, the monologue is delivered, in the movie, to a farmer hiding Jews during the Nazi occupation of France and, in real life, to the audience in order to show us what kind of a villain we’re dealing with. See, in Col. Landa, we’re not dealing with a dumb villain without a motive. We’re dealing with a smart, charming, and motivated villain who is doing his job and will do it at any cost. In this scene, he reveals his thought process on how Jews are being portrayed by the Nazi propagandists.

If you’ve seen the movie, you know what happens next and how heartbreaking it is. Sure, Landa gets his comeuppance eventually, but it’s tough to see such a smart and well-spoken man be such a horrible human being. But that’s what villains are all about, right? (The good ones, anyway.)

Now, speaking of men who are well-dressed and well-educated, men you just want to like and don’t want to hate… There’s Col. Jessup from A Few Good Men.

Here we have someone who’s existence, while grotesque and incomprehensible to us, saves lives. Indeed, we need people who are willing to do something very, very bad/unpalatable so that the rest of us can enjoy our expensive houses with expensive cars and comfortable, air-conditioned jobs. Once in a while, those actions taken by those people on the walls go on trial, and the truth — which we can’t handle — comes out.

While that movie’s “Perry Mason moment” became the subject of a lot of pop culture references, the subtext of the villain coming clean (which is the intent of many of these monologues) goes missing. Jessup was as much lecturing us on the need for people like him to do the things he did as he was cleansing his soul on the stand.

Along the same lines is the monologue by Col. Kurtz in Apocalypse Now. He tells us what horror is, and we are kind of left to decide if horror is what he did — again, in the name of duty — or if horror what he saw… Or if horror is him.

Finally, there’s this scene in Daredevil where Karen Page confronts the Kingpin. It’s a very good scene in terms of the tone and the cinematography. Pay attention between 55 seconds and 1 minute in as the Kingpin goes from being the “victim” of Karen’s threats to the oppressor. The cinematographer uses a transition as seen from behind Karen to show the Kingpin taking control. A similar transition then happens between 1:55 and 1:57 but now Karen goes from being the victim to the one in control. It’s very neat:

After that second transition, Karen becomes the villain. She did something horrible to someone the Kingpin used to think of as a son or a brother. She uses that to really go at him and make him angry. At that moment, for that instant, she has the power over his emotions. As you can see, she didn’t quite get enough time to finish her plan of making him angry enough to hurt her while the cops were watching.

Unfortunately, real-life villains don’t reveal their plans via a well-structured monologue. They might not even get around to finishing their plans before they embark on some other way of trying to burn down the world. It goes the same for real-life heroes in that they, too, rarely make speeches. Or, if they do, they’re interrupted mid-sentence by zealous antivaxxers.

But, yeah, sometimes I wish the villains in my life took the time to lay out their plans and explain themselves to me, because I’m frankly really confused by them a lot of the time. I’m not a mental health expert, so I can’t fully understand the nature of their delusions. I’ll never know what drives an Andrew Wakefield to continue to defend what we all know was an elaborate fraud, or how the father/son team who chemically castrated children for profit are still pumping out sham “research” papers from their home in Silver Spring, Maryland.