You Don’t Need No Stinkin’ Badges 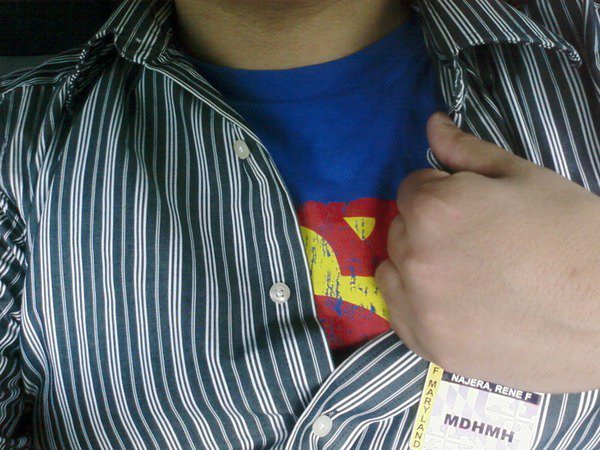 One of the first talks that I went to as part of my doctoral studies was a presentation by a well-known sociologist from the School of Public Health. She talked about welfare in families that are isolated and marginalized in Baltimore and how the poverty became trans-generational if certain conditions were met. Basically, a lot of people were living on a few dollars a day from social welfare programs and could not leave those programs because there was nothing around anywhere near as good. There were no jobs, no schooling, no opportunities… Unless you count crime.

When you get into criminal activity, especially organized crime, you stand to make more money than you otherwise would if you live in certain parts of Baltimore. If there are no steady jobs, and the rest of the jobs don’t pay a living wage, you’re going to try to make ends meet. Sometimes, that includes selling drugs, or carrying drugs from one place to another, or intimidating someone… Or killing someone.

She then talked about a group of young men who were recruited/ordered into a program to rehabilitate themselves and earn a living wage. Surprise, surprise! They all got off drugs, stayed away from crime, and became productive members of society. Even with those challenges surpassed, the young men still carried the stigma of being young, Black men in a city plagued by violence committed primarily by young, Black men.

She said that the young men in the program would walk around town and around their neighborhoods wearing their work badges. She said that they would do so in order to show others that they belonged somewhere, that they were employed and productive members of society. It set them apart from other young, Black men, and — to a certain extent — it also told the authorities (i.e. law enforcement) that they were not out to cause trouble.

This stunned me because, for the longest time, I had found myself doing the same thing. When I was in high school, I proudly wore the badge they gave us students who were doing half-day clinical shadowing at the county hospital three days a week. I wore it because I wanted people to know that I was doing something with my life… That I belonged to a group of kids who were not slackers and going somewhere.

And I did it even as an adult. When I first moved to Pennsylvania and got a job at the lab, I wore my badge before and after work when running errands. I’d jokingly say to people who pointed it out that I was wearing the badge in order not to lose it. Now I know that I was wearing it to show that I wasn’t some young, Mexican kid up to no good. I was a young lab tech, trying to help people.

Nowadays I don’t ware my badges as much. I certainly didn’t wear my student badge when I was at the School of Public Health, except while inside the school’s buildings. The reasons for that are a whole other story.

While some people smiled and others chuckled at the story of the Black kids who wore their work badges around their neighborhoods, I remained silent. I understood why they did so all too well… And I found out that they and I are not all that different. We’ve been painted with a broad brush based on what a very small sliver of people who look like us have done. And we’ve been trying to take that back by un-painting ourselves with our badges.

As it turns out, we still need those stinkin’ badges.

1 Comments on “You Don’t Need No Stinkin’ Badges”