The School Subjects You Need to Know 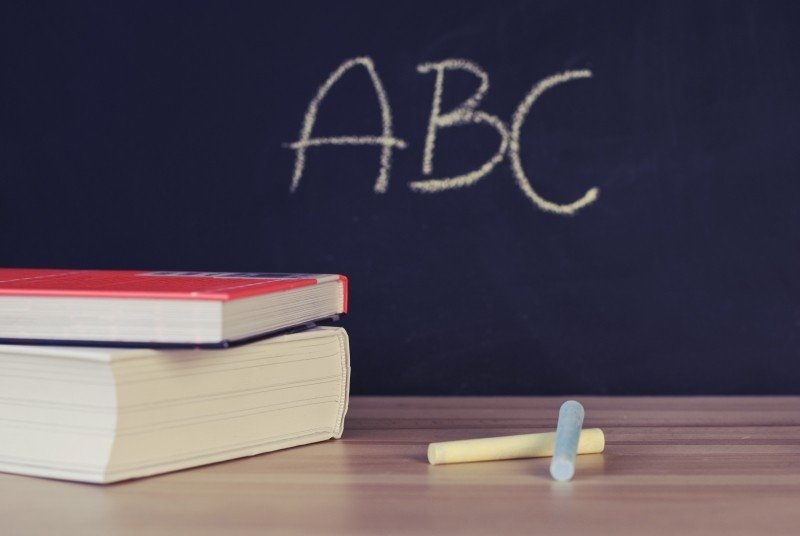 When I was in grade school, my uncle sent one of my cousins to live with us. My cousin was a few years older than me, but he didn’t know how to read or do basic math. At the time, we didn’t know that he had a learning disability. He was sent to live with us because my mom was the most educated person in the family, and she was known as a disciplinarian. (They also thought that it was 100% her influence that I was reading at two years of age. It wasn’t. My grandmother had a lot to do with it.)

Anyway, the strategy my mom chose was to try and teach him a lot of what he needed to learn at home, and then let the nuns at a catholic school do the rest. In order to encourage him to go to said catholic school, I was also enrolled in it. Now, I have to be honest with you: I don’t remember a lot from those days. But I do remember not enjoying it at all.

The one situation that stands out is a time when I was given some alphabet soup (uncooked) and told to put the letters on a tree drawn on a piece of paper. Instead of doing that, I decided to make words for branches and the trunk. That did not satisfy the nuns at all. I ended up getting slapped on the hands with a ruler for not following the instructions step-by-step.

For the most part, my experiences with schooling have been very positive. I’ve had a lot of teachers and professors who would go out of their way to teach me something. Slowly and steadily, I learned about 99% of everything I need to know to grow as a person and a professional.

It was that knowledge that became wisdom over the years, and it has helped me to stay away from trouble and resist scams and things that would hurt me and my family. I don’t gamble because I know the statistics. I don’t buy into pyramid schemes. And my daughter is is fully vaccinated.

I’m a firm believer that a good education that starts early saves us money and other resources as a society in the long run. A kid who can do math in their head saves money when they’re working at the cash register for their first job. They’ll have an alarm go off in their head when something doesn’t add up.

A kid who understands geometry will know how to make the best cuts of almost anything, from steaks to pizza to dry wall and insulation. And don’t get me started on what someone who knows physics can do in just about any job. They understand how sound behaves in a liquid environment.

Speaking of which… Take a look at this official from the National Oceanic and Atmospheric Administration (NOAA) and how he is totally unprepared to answer questions about seismic testing in the ocean:

If that was painful to view, it’s because it was painful to view. The man is clearly not prepared at all to answer basic questions of how sound behaves in water, how hearing works in mammals, and how seismic testing is not the only way to look for oil deposits. At some point in his life, he stopped listening to his science teachers and just kind of coasted through. Only God knows what he did to get appointed to his position at NOAA.

Then there is this Pennsylvania state legislator who claims that, if there is climate change, it’s because the Earth is moving closer to the Sun:

“I haven’t been in a science class in a long time, but the earth moves closer to the sun every year-you know the rotation of the earth,” Wagner, a York County state senator, said, according to StateImpact Pennsylvania. “We’re moving closer to the sun.”

He added, according to StateImpact’s Katie Meyer, that, “We have more people. You know, humans have warm bodies. So is heat coming off? Things are changing, but I think we are, as a society, doing the best we can.”

Again, someone skipped the class where they covered how planets orbit the Sun. And that whole thing about human bodies warming the planet? Seriously?

I had a dream the other night that I was running for the city council. A group of men who were discussing wether to support me or not asked me what my platform was. I told them that all I wanted was good schools. If we had very good schools, everything else would come easy. We’d have an educated work force, a better tax base, and people who would take care of us and know what the hell they were doing.

And that’s all I need for my daughter, a good basic education in math, science, English (and whatever other languages she picks up), coding, biology and chemistry. It really doesn’t take 12 years to teach all these things to the point where they’re well-engrained and useful. So I’ll throw in history and literature.

In the end, all I want is my daughter to not be one of these people who everyone wonders how they got their job. On the contrary, I want her to be in a position where everyone wonders why she’s not running the company, though she’s “just” the minion. A good school with good teachers and a good curriculum will do that… And I’m ready to do what needs to be done to make sure it’s so.

← “Talk Less. Smile More. Don’t Let Them Know What You’re Against or What You’re For.”
No, the Recent Danish Study on MMR and Autism Doesn’t Show That Autism Rates Are Lower in Denmark →