Someone Yelled Something While I Was Out Jogging Today… 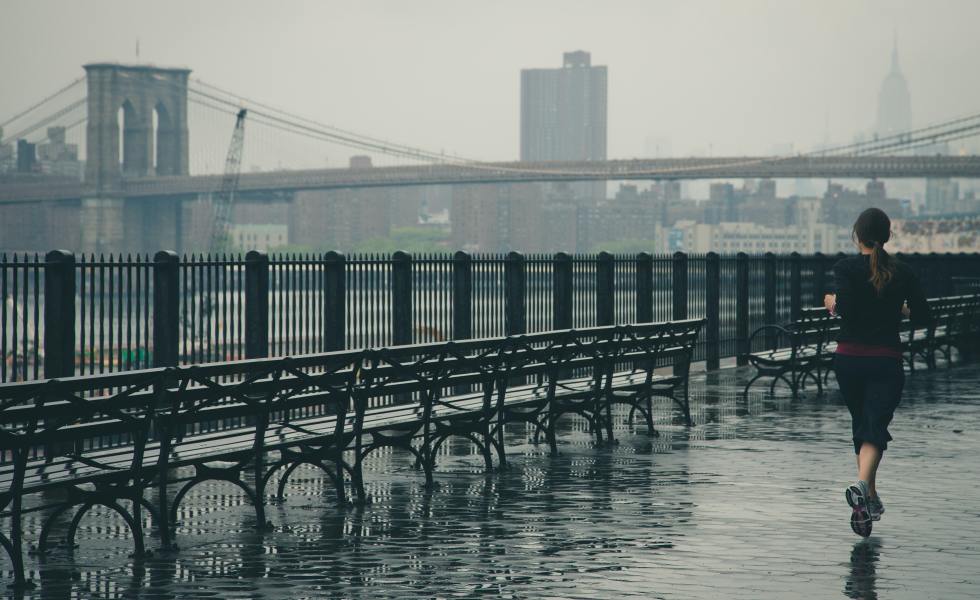 As I went out for a jog this evening, I ran on a trail that runs behind several houses in our development. It’s a nice trail, with lots of hills and valleys to really work up a sweat and build up some stamina. It has trees and grass on either side, so there’s some shade should one choose to run in this summer heat.

By now, you’ve no doubt heard of all the instances where people call the police on Black or Brown people for an assortment of frivolous reasons. In one instance, a man was painting the front of his house when a woman approached him and asked him if he lived there. It would be hilarious if it wasn’t so sad.

As I was running jogging today, I heard a man yell out from the back porch toward me. “Get out of here!” he yelled. “Go on! Get the hell out of here!” Almost immediately, I thought to myself: Well, this is it. In a few microseconds, my brain began to play out all the possible permutations of what was about to happen. The guy would call the cops on me, a big Mexican guy running behind his house, and there would be some explaining. I’d have to not even pretend to reach for anything around my waist. I’d have to speak English well, eliminating my accent as much as I could.

These images came to my mind:

In another instance, a woman calls 911 on a man doing some birdwatching, telling the dispatcher that she is being attacked by a Black man.

In New Jersey, a White woman calls the police because her Black neighbors are doing some sort of landscaping on their yard.

This woman calls the police because a Black little girl is selling water outside her apartment.

In North Carolina, a man asks a Black woman for her ID when she wanted to go to her neighborhood pool.

You get the idea.

Seconds after the man yelled, I thought to myself: No, screw that. I was not going to stand for it. No one was going to tell me in my neighborhood where I could and could not run on public property. We worked too hard for too long to buy our home for some random guy who doesn’t know me to yell at me like that.

I turned around and spread my arms out. “What?” I yelled back at the guy. He was looking somewhere else and then looked at me. He then looked back at where he was looking previously, and then back at me. It was then that we both understood what had just happened…

A deer went running out of some shrubs in his backyard, jumping a fence and then running away from me on the trail. We both looked at it run away and then looked at each other. He nodded and smiled and waved at me, and I waved back. Then I started jogging away, thinking that these are some crazy times that have us all on edge.

It was a big deer, though; and she didn’t look healthy.

It just so happened that I was listening to Radiolab, and it was an episode about the history of the Confederate Battle Flag embedded in the Mississippi State Flag. It was tough to listen to it, especially all the racist chants and accusations toward people who only wanted to exist and be seen as human beings. So, yeah, I was a little more on edge because of that. But think of what all these craziness has brought.

I was ready to go to war with one of my neighbors — albeit not literally — because I was convinced that he had joined the chorus of bigots who demand of People of Color a reason for their existence. It was a harmless mistake on my part, but can you imagine if I reply to him with an obscenity instead of just a simple “What?”

In that sense, I hope that I have the wisdom, when confronted with real and not mistaken hate, to be wise in my response and not get so emotional or so caught up in the moment. At the end of the day, people on both sides of the equation of anger, fear and hate have something to lose. And I have much, much, much to lose.

And so do we all…

← The Things You Need to Think About Before You Reopen Schools
The Parent Ren, Part XIII: Passing on Some Knowledge →