The thing about “Star Wars” is… 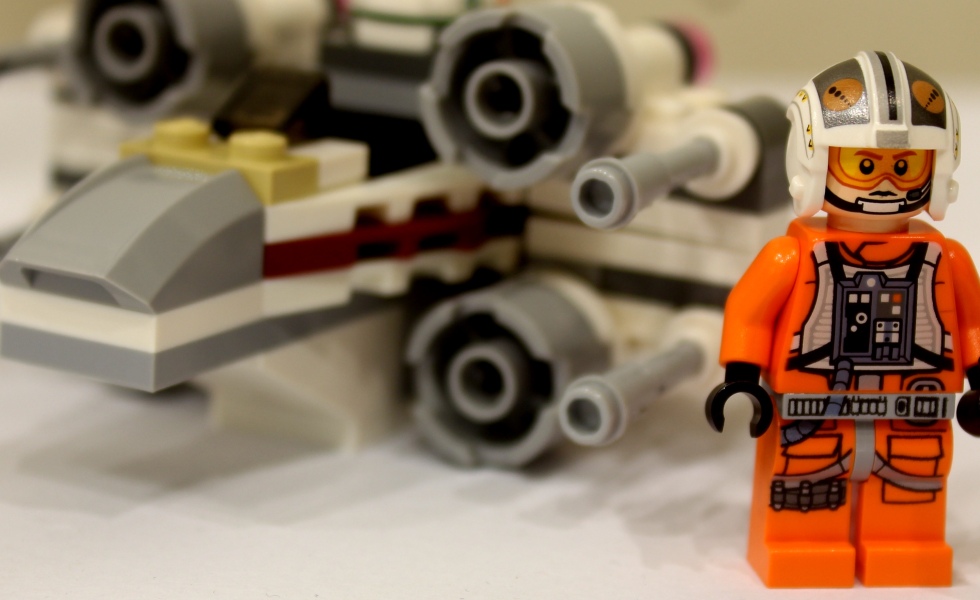 When I was a child, my father bought an X-Wing Fighter toy that I treasured for a long while. I don’t know what became of that toy, but it was the perfect symbol for a life-long liking of all things Star Wars. See, there was a time in my life when I saw a lot of wisdom in the story of Luke Skywalker and his messed-up relationship with the father figures in his life: Obi Wan Kenobi, Yoda, and Darth Vader.

But back to Star Wars…

From the original three movies (Episodes IV to VI), I learned that kids from far away and isolated places could become someone and do something good for the galaxy. I saw myself as a sort of Luke Skywalker, born and raised in the dusty Chihuahuan Desert. And I saw adults around me who taught me things as my Yodas and Obi Wans. (And, as I mentioned above, there was that contentious relationship with my father.)

There was also that sense of wonder about the possibility of there actually being a Light and a Dark side of a Force. Characters in those movies talked about the attraction of one side over the other, or about the conflict they fell in trying to choose a side. Likewise, as I was growing up, I felt certain pressures to do one thing over another, or do the right thing that was hard to do over the wrong thing that was easy.

Then the prequels came.

When Episode I: The Phantom Menace came out in theaters, I was going into my senior year in college. I went to watch that movie and sat there in awe of the special effects and listening intently to the wisdom given out by Yoda about how “fear leads to suffering.” Indeed, I felt a certain kind of fear about my future much like Anakin Skywalker (Luke’s eventual father) felt in leaving his deserted planet. What was I going to do with myself after college?

Whatever it was, I wasn’t going to be afraid.

Episode II and Episode III came out once I had moved to East Coast and was working at the lab in the small, rural hospital that I always talk about. Friends and coworkers came to understand that I liked all things Star Wars, and I even got a couple of nice gifts for Christmas and my birthday when those movies came out.

(There was also a weird incident that happened: I was courting a young nurse who worked in the emergency department. She was juggling a couple of other relationships as well. One of those boys — because we were all boys and not men — wrote her an email in “Yoda speak,” which is a distinctive syntax [e.g. “win you will not”], and made the email read like I had written it. It was really bizarre, and it was even more bizarre that she really thought that I had written it. Oh, the games we play.)

And now, here we are in 2015, and a new set of Star Wars movies are beginning to come out, starting with Episode VII: The Force Awakens, which my wife and I went to see last weekend. To be honest, I wasn’t too impressed. Yes, the special effects were great. Yes, the actors were good. But the plot was very flat.

I think that the plot was flat for me because I’ve seen the previous “episodes” of these movies. In the first three movies (in sequence), a young Anakin Skywalker infiltrates a space station and blows it up from the inside. In the second three movies, a young Luke Skywalker runs through canyons of mechanical apparatuses to blow up the Death Star, a sort of space station. And, in The Force Awakens, a young pilot destroys a planet-sized space station from the inside.

All three of these scenes happen in a part of the plot where things are at their darkest, where it seems like the bad guy(s) is (are) going to win. It’s a formula that has worked, so JJ Abrams and company stuck with it for this go-around, so it made it kind of predictable and boring for me.

Also, in The Force Awakens, a young woman by the name of Rey is living in a dessert planet and dreams of bigger things. She is then thrust into a galactic set of events which draw her into being the savior of the moment. That’s Anakin Skywalker and Luke Skywalker all over again. In fact, I wouldn’t be surprised if she ended up being a Skywalker herself. Then there is the lovable little droid, “BB-8,” that offer comedy relief and Deus Ex Machina moments throughout the movie, something done by “R2-D2” in the previous films.

As for the male lead, we have “Finn,” a former stormtrooper (essentially a soldier) who grows a conscience and decides to do the right thing after bailing on his friends for selfish reasons. That right there was Han Solo in the original trilogy. As for Han Solo, he sacrifices himself to the villain of the movie so that said villain can complete his transition into the Dark Side of the Force.

As for the villain, “Kylo Ren” (no relation), we have a young and conflicted soul who is dealing with his duality as (spoiler alert) the son of Han Solo and Princess-now-General Leia. We saw the same kind of angst from Anakin Skywalker as he tried to deal with being a Jedi and being seduced by the Dark Side. At the end of the movie, Ren (hehehehe) has decided where he wants to go, and so he kills his father. Anakin killed Obi Wan previously, and Luke almost killed Anakin (but redeemed himself).

In essence, the latest Star Wars movie is full of plot formulas that were present in the previous movies. There is nothing new here, which is fine for the newer audiences. Yes, the lead role goes to a woman instead of a man this time, but that doesn’t really matter. Someone has to be the “chosen one” this time around as well, so it might as well be the lovely Daisy Ridley as “Rey.”

However, for those of us who grew up with the original trilogy and then were in the formative years of our lives when the sequels came out, these new movies will not offer much for us to hold on to. There weren’t really any lines of dialogue that I’m going to repeat as I’m doing some mundane thing at home or work. There’s no “Luke, I am your father” moment as we are told pretty early on that Kylo Ren is Han and Leia’s son. There is also no wise, old alien imparting wisdom, except for the two or three minutes that “Maz Kanata” is on the screen and adjusting her glasses. She didn’t say anything close to “Do or do not. There is no try.”

But I get it. This movie is more aimed at the millions of kids that will not follow Star Wars and buy things and go to movies or watch television, and download apps to their portable devices. It didn’t feel like it was aimed at me. In fact, I’m pretty happy with how things ended in Episode VI: Return of the Jedi. A boy from a far away place conquered his demons, redeemed his father, and brought down the status quo (i.e. The Empire).

Yeah, that sounds about right.

2 Comments on “The thing about “Star Wars” is…”