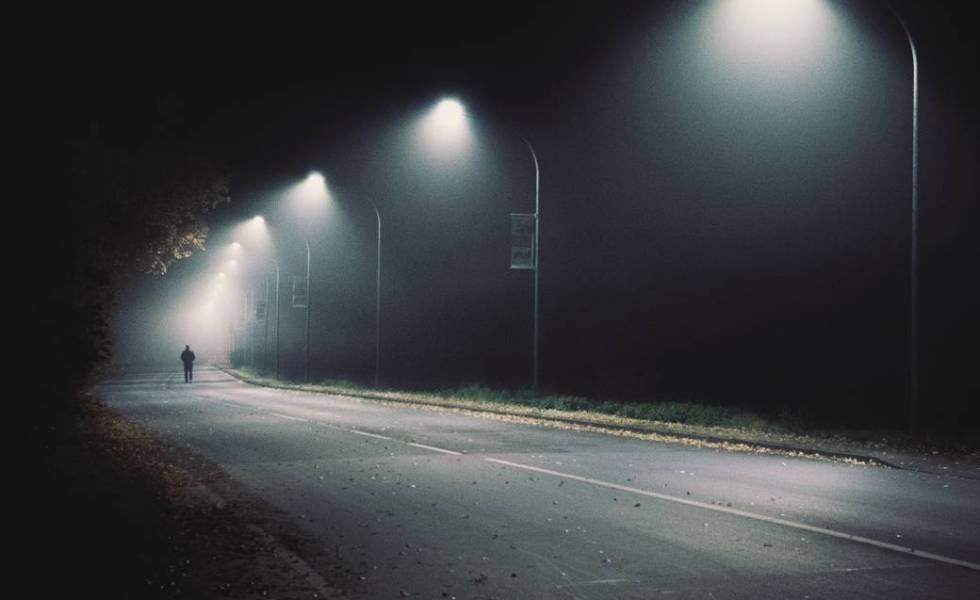 It’s 1992 and I’m a thirteen-year-old in high school. I don’t fit in with many of the groups in school because of my age and my background. I’m not smart enough to be part of the “nerds,” although I tend to earn good grades and get enrolled in advanced courses. I’m not athletic enough to be on any of the school’s sports teams, though I would later take up soccer. (But that’s a whole other story.) So, I hang around with a few kids who, like me, don’t fit into any other group. We sit at the front of the school during lunchtime and talk about cars and other mundane things.

One of those kids is “Gabe,” a kid who towers over me and is very socially awkward. He’s obese and wears glasses. He likes comics and hard rock music. But he’s alright, and he tolerates my existence. One day, while sitting behind him in English class, he tells me something — I don’t remember what — to which I reply with, “Your momma.” That was obviously a pressure point for him. He turned around and punched me across the face. My head snapped back, and I almost fell out of my chair. My eyes watered, and I remember a ringing in my head as he told me to never mention his mom again.

As cowboy number three hit me, it didn’t hurt at all. Surprisingly, he hit me much, much softer than Gabe did five years previously. The light I saw was from a car stopping just in time to not run all of us over. I used the cowboys’ distraction from looking at the car to kick number one in the face and punch number three in the crotch. And then I was gone, running down the street after the soldier, hoping he was running in the direction of the bridge.

Back in 1989, when we moved to El Paso from Mexico, I was surprised to see that the elementary school had a whole hour dedicated to physical fitness. We would go out to a dirt track behind the school and were made to run lap after lap for that whole hour. I remember those days well because we were given small paper strips for each lap that we ran, and we were allowed to collect them. Whoever collected the most strips, would get a prize. Once in a while, we would trade with each other to get the prize in exchange for, say, pizza at lunch.

I also remember those days because I was very sore the next day. I wasn’t the fastest, but I could run lap after lap without stopping, even in the hottest, driest days in the El Paso desert. I grew up running around or riding bicycles with my cousins, and I didn’t gain weight until college. Running for an hour was no problem, except for the next day. I’m sure the heat and the lack of water bottles back then did something to the muscles. As I was running after the soldier, I wasn’t focusing on my speed, just in keeping up.

Interestingly — or stupidly — he had stopped a couple of blocks ahead and was looking back to see what had happened. “What are you doing?” I asked as I was getting closer. “Move!” He turned around and ran slow enough for me to catch up and then sped up to match me.
“Thanks,” he said, somewhat out of breath.
“Thank me when we get to the other side,” I replied. I quickly glanced back to see three of the four cowboys about 100 meters behind us. “The bridge is just ahead.”

It’s 2000, and I’m turning 21 years old. I was old enough to drink on the American side of the border, and my friends at Ft. Bliss invited me over to the base for some midnight bowling. We bowled for a couple of hours, and they celebrated my birthday. After the bowling, we went to one of their homes on the base and continued the partying. We were up late into the following morning, and it was the best birthday party (though it wasn’t) that I ever had.

I lost track of all but one of my friends from Ft. Bliss after I moved to the Northeast. I met some of them in Virginia for their kid’s birthday, but then they were all redeployed all over the world after the September 11 attacks. Social media was not a thing, so we really didn’t have a way to stay in touch. I would only find one of them much later and mostly accidentally.

As we arrived at the booth to begin crossing the bridge, the soldier turned to me and thanked me for helping him by slowing down the cowboys. We saw one of the cowboys stop a few meters behind us. By then, we were in a very well lit area and there were Mexican cops around. “Look, do me a favor,” I said. “Next time you come over, don’t wear your BDUs. You stand out like a sore thumb as it is, and wearing these makes you look like an asshole.” He looked down at his clothes.
“Yeah, I guess you’re right.”
“I’m right,” I said. “You Americans come over with all that money and no one touches you because the criminal element has already told everyone to stay away. I more or less did this so that those kids wouldn’t get killed for doing something to you.”

We walked up and down the bridge, and I explained to him that organized crime had a firm grip on the touristy areas of Juarez. If they had done something to him, the boss of the area would have gone after them, and it would not have ended well for them. An assault of an American tourist — and a soldier, nonetheless — would have brought a lot of bad press and kept people from coming over. “I know you think this uniform protects you, and it does,” I said. “But it doesn’t protect them.”

I got home late that night and took a shower. I felt sweaty and icky, even with the weather as cold as it was. I wondered what happened to the cowboys, especially why there were three at the end instead of four. The one I punched in the crotch must have taken a while to recover. And then I broke down in a nervous laugh over how stupid I had been. Then, I remembered Alice.